This is the Ultimate Guide to Tenerife Weather and covers most aspects of questions asked about the weather.
Getting an accurate weather forecast for the island can be tricky due to the micro climates.

Our weather data is based on averages throughout the Island and will be updated as and when the metrics change. For current weather and specific questions, please consider joining our popular community by clicking here.

January is generally the coldest month of the year. The best area if you are seeking the sun is by far the south of the Island. Temperatures drop during the early mornings and during the evenings so it’s essential to have a jacket or cardigan with you just in case it gets too chilly. The higher levels suffer the greatest temperature changes, especially throughout and after the occasional storm when it quite often snows in the mountainous areas. 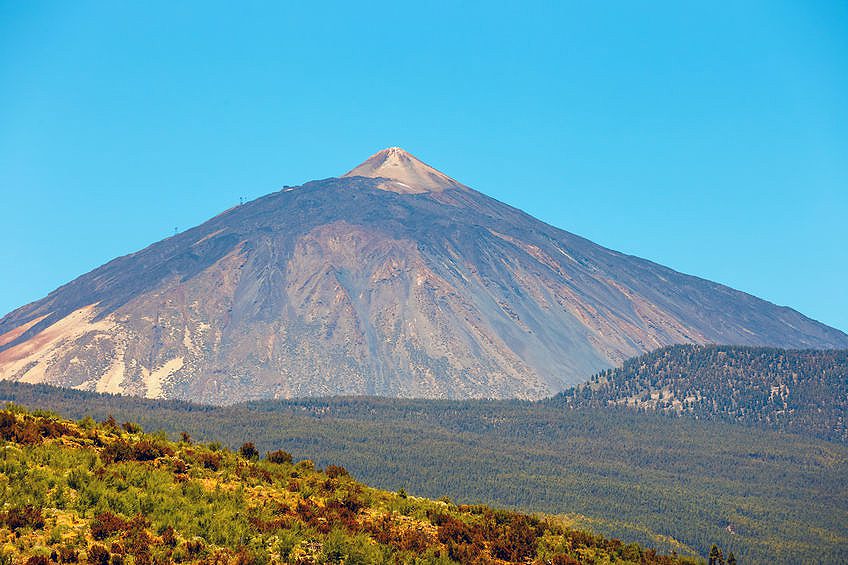 The weather for February follows the same pattern as January, being one of the coldest months of the year. It is also one of the months that are prone to more rainfall, which, unfortunately, can coincide with the Carnival activities. Cloudy skies are quite normal during this month in the North of the Island and cloudbanks are quite often formed in medium level areas (ranging between 600 and 1,800m high). Expect to experience spells of overcast skies in the South of the Island as this is quite common at this time of year.

At the beginning of March the weather pattern is pretty much the same as the two previous months. Jackets are still a requirement for journeys to the higher levels or for early morning excursions and late nights on the coastal areas.

With the arrival of April in Tenerife there is a definite feel of the Canarian spring in the air. As in the earlier months of the year, it’s advisable to be prepared with a jacket for early mornings and evenings, but on the whole, the weather is mainly dry with mild and comfortable temperatures throughout. 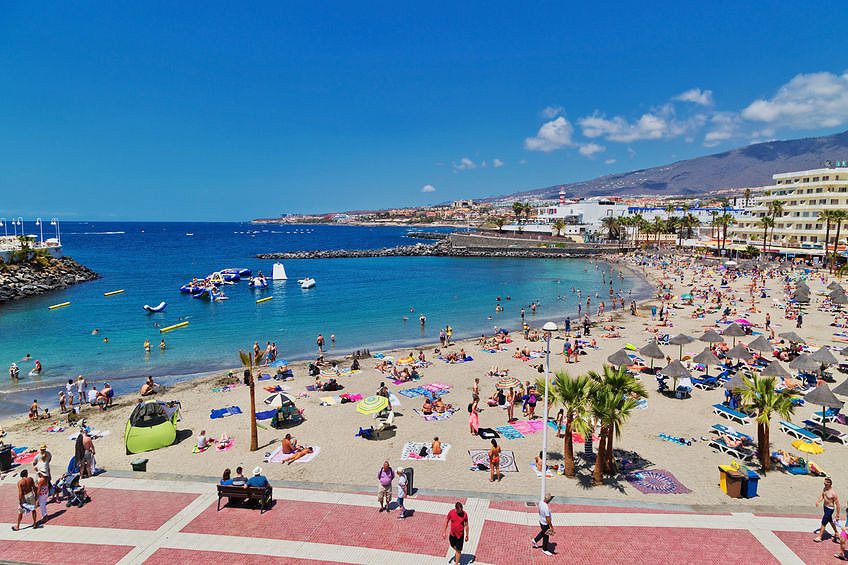 Tenerife Weather for May

As the Canarian Spring begins to wind down, the temperatures continue to rise and the probability of rainfall decreases. The climate is usually moderate with hot temperatures throughout the day. 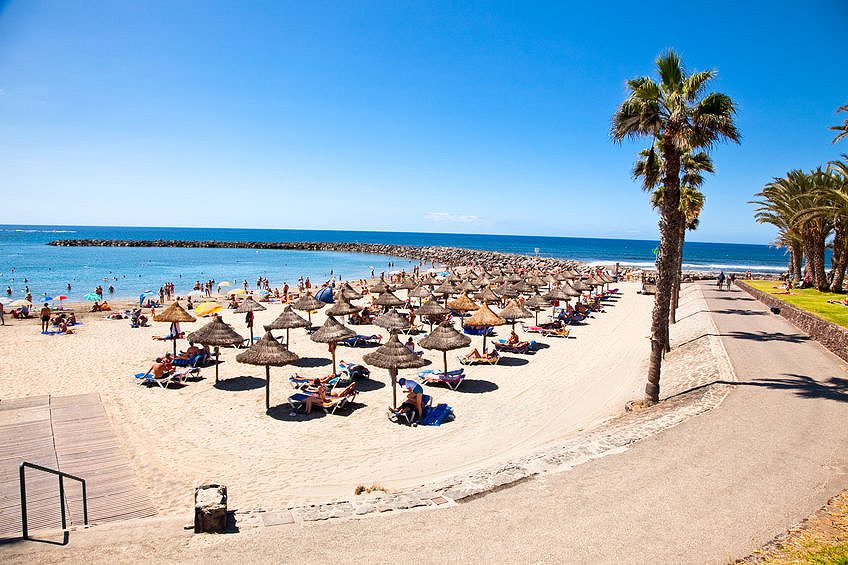 In previous years, the weather in May hasn’t varied a great deal from the weather experienced in June. The real Canarian summer seems to arrive later and then lasts right through to early November. 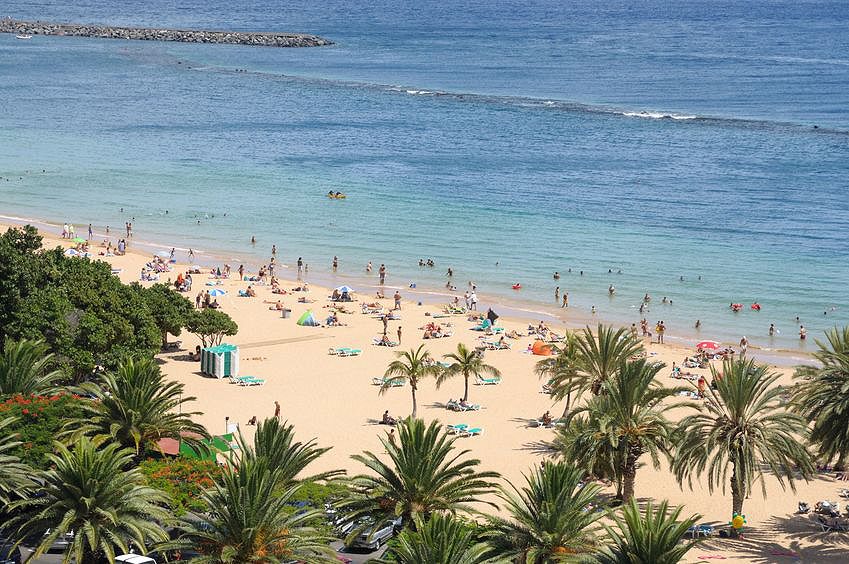 July brings the perfect beach weather to the island. Temperatures are now soaring up the scale, giving us an average temperature of 24º and 11 hours of sunshine per day.The weather during July is certainly one of the hottest and driest months of the year. 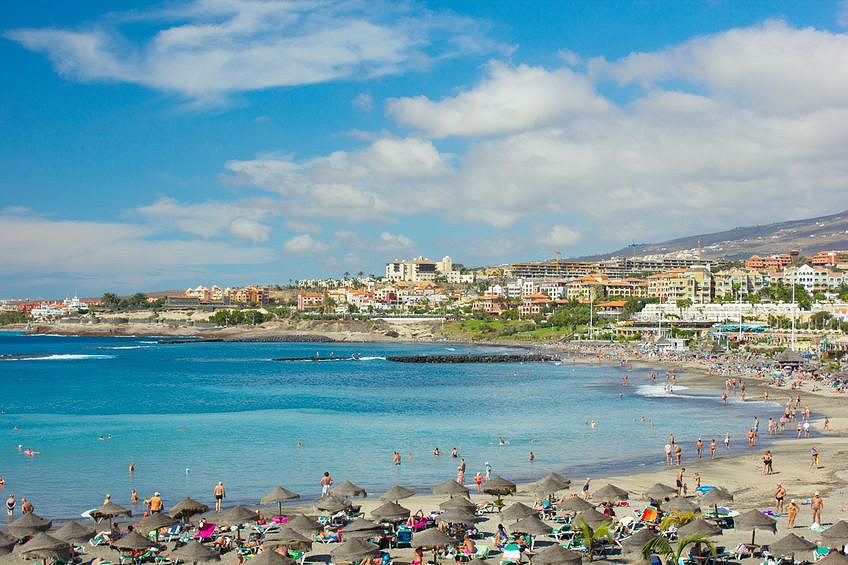 The island weather in August is much the same as July and usually on average, the hottest month of the year. The Calima is also common at this time of year and more frequent now than it has been in the past. It’s not uncommon to experience bouts of Calima during these months.

September continues the weather pattern of August; temperatures are still high, on average around 25º with 10 hours of sunshine to enjoy per day. The sea temperature is also at it’s warmest in September. 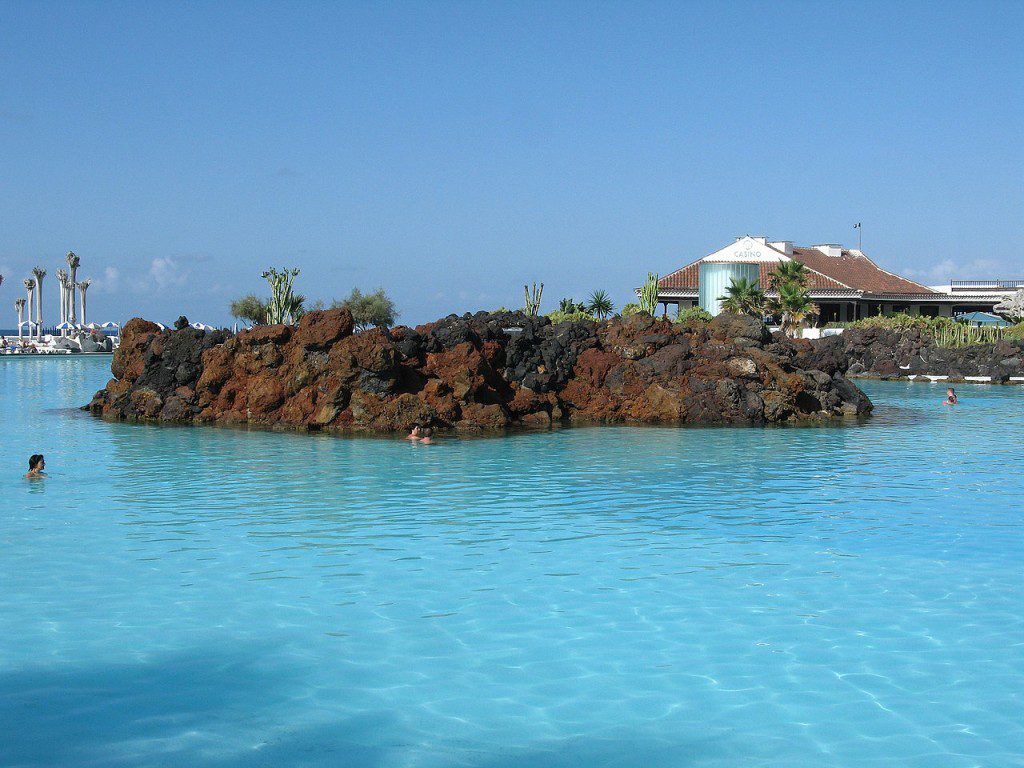 October shares September’s high sea temperatures and the beginning of October has a similar weather pattern to September. Plenty of sunshine and warm temperatures still abound although the possibility of light showers is on the increase. 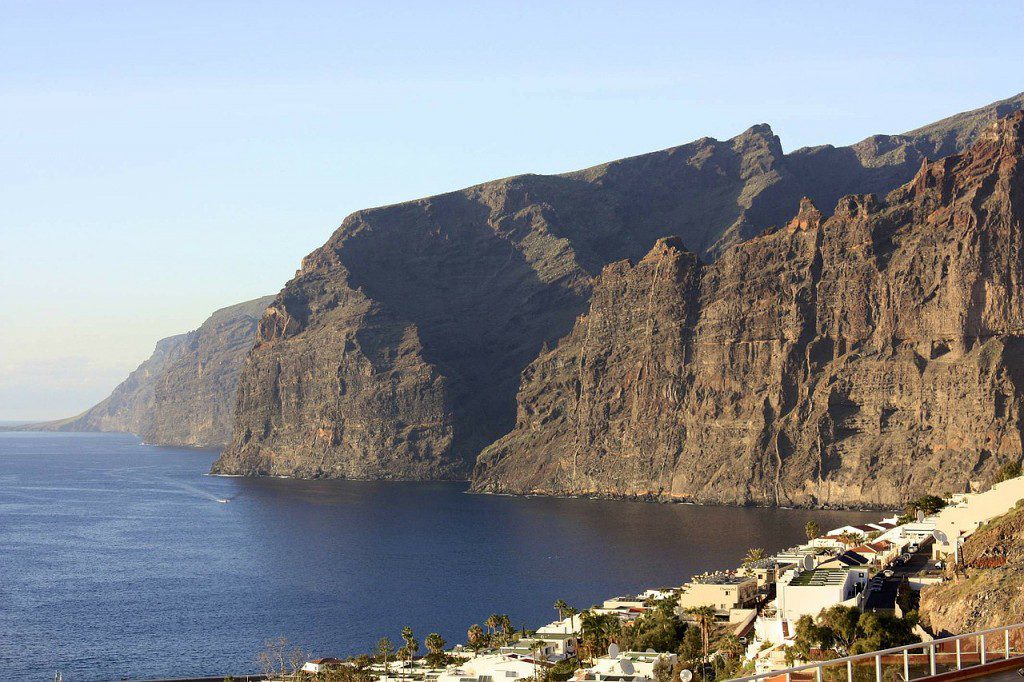 November starts with similar average sea and air temperatures of 22º which make it the ideal time to take a dip in the sea. Temperatures during the early morning and evening continue to decrease and the chance of experiencing a shower is also on the increase. 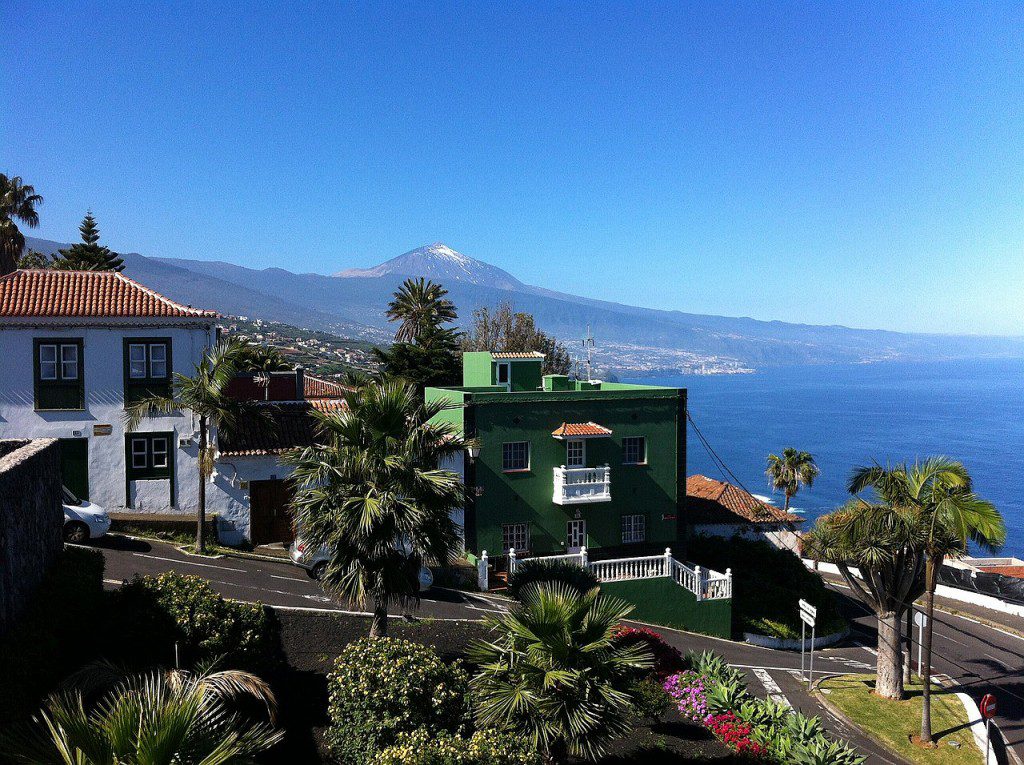 Temperatures continue to drop as we enter into the Canarian Winter season. December is one of the coolest months of the year and has the highest probability of rainfall. The sea temperature also falls and the general weather conditions change from the weather pattern seen in previous months. We still have 7 hours of sunshine a day and it’s normal to experience a mixture of cloud and sunny spells throughout the day. 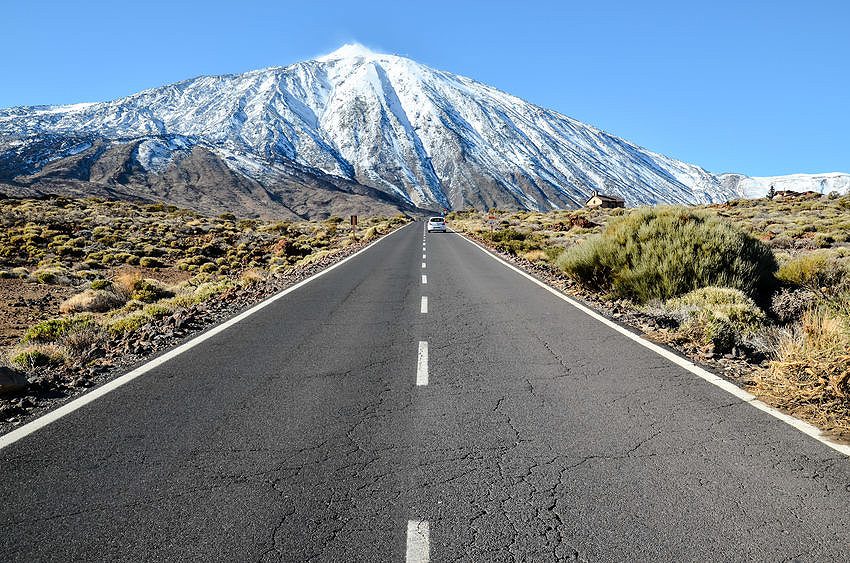 What is a Calima?

Calima is the local term used in the Canaries for the presence of airborne dust that comes from the African continent, mainly from the Sahara desert and the Sahel region. During bad episodes of Calima the air develops a dense appearance, turning a reddish colour and visibility is reduced.

Satellite image of Calima blowing towards the Canary Islands

Every so often, you’ll hear weather alerts being announced and specific colours being designated for certain weather conditions.

Yellow is low risk and you probably won’t even notice anything.

Orange means bad weather is on its way and you need to take precautions.

Red is for extreme weather and advisable to stay indoors until it passes.

We hope you found this useful and look forward to seeing you in our Tenerife community.