Tenerife is the perfect holiday destination which can offer something for everyone. Situated north of the Tropic of Cancer, this Spanish island gets its name from ‘Tene’ meaning mountain and ‘ife’ meaning white.

If you are a true connoisseur of exotic beaches, fantastic seafood, beautiful sights and adventure sports, then it can be the destination you’ve always dreamed about! But this playground of the famous can be a lot more than just sand and surf. In fact, make sure your trip is a long one; there’s just so much to see that the question is not ‘when’ but ‘what’!

To get you started, let’s take a look at some of the popular places to visit. *Teide National Park– Located under the majestic gaze of Mount Teide has everything to offer in terms of adventure and breathtaking views. It stands at 2000 km above sea level and driving up can itself be a rewarding experience. The terrain changes frequently from lush green forests to amazing lunar landscapes as you go higher above the clouds. With picnic areas and barbecue facilities, the park can be a fun experience for families. The weather conditions are severe during winter which can force the park to be closed temporarily, while in summer the temperatures can shoot as high as 40 degrees Celsius. * Los Gigantes – Lying on the west coast, the ‘cliffs of giants’ are truly a site to behold and treasure. With abrupt plunges and scary precipices, they are a popular tourist destination throughout the year. Daily boat trips from the marina can take you for a closer look and the marina itself has great Canarian dishes and seafood to offer. * Masca – Quite a recent tourist discovery, Masca is becoming one of the most popular tourist hotspots with incredible views. This picturesque village in the northwest lies close to the Teno Mountains with magnificent rock formations, dramatic gorges and exotic fauna. The houses in the village lie dangerously on the ridges and their unique architecture is a photographer’s paradise! * Barranco del Infierno – Nicknamed “hell’s gorge”, this ravine is a trekker’s paradise. Actually, it’s more walking than trekking so tourists of all age groups can be a part of this wonderful experience. Whether it’s breathtaking views of the rising sun, rare birds and wildlife or fresh air in the lap of nature; Barranco del Infierno can be a day well spent! It has been closed “officially” due to damage to some paths, but plans are in motion to restore it to its former glory although the closure is widely ignored. This is one adventure nobody should miss out on and remember that although the views are simply incredible and the risk minimal, you do so at your own risk! * Vilaflor – Known as  the highest village in the whole of Spain, Vilaflor is surrounded by lush pine forests which contribute to the fact that the air around the village is said to be the freshest and purest you will ever breathe. With sports like paragliding, mountain climbing and hiking; there is no dearth of adrenaline pumping action. This quaint area is also known for its agriculture and local craftsmanship. * Candelaria – The most famous religious town in the whole of the Canaries. Sitting on the southern sunny coast, it is only about 15 km from the capital Santa Cruz, and offers you nothing artificial. Come here to enjoy the real local life, especially in August, when throngs of tourists visit the Virgin of Candelaria, patron saint of the whole archipelago. Majestic statues of knights guard the church and the architecture is truly amazing. Whether it’s relaxing on the beach or drinking in Spanish style, Candelaria is your one stop destination. * Icod de los Vinos – The city with the magnificent dragon tree that is estimated to be over 1000 years old, it is the pride of the place and has its own park that receives thousands of tourists year round. The park lies adjacent to two historic squares, Plaza de la Pila and the Plaza de Lorenzo Cáceres which are worth seeing themselves. Visitors can have great lunches at these plazas while taking in the awesome views.

No one can leave these shores behind without taking back with them a plethora of memories and moments that will last till the end of time. Come to Tenerife and rediscover yourself by getting lost in this paradise!

Previous Tenerife Celebrations
Next The History Of Tenerife – Know Your Island 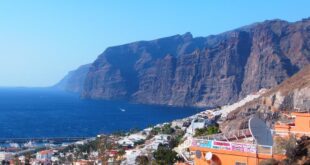 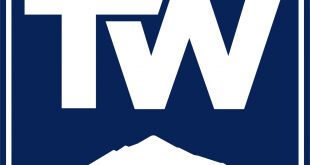