Having walked as far as we can along this part of the coast its time to head up hill by the edge of the parque rural de Teno in the valle de Santiago to the town of Santiago del Teide which will become our hub for future hikes.

There is a pamphlet map (PR TF 65) which is worth getting hold of at the tourist information office (TIO) which describes the walk, what to expect, the signs to look out for and, more importantly, the paths that lead off from the main route. So, with all the normal safety equipment for a long day out in the hills…off we go.

Starting at the harbour of Los Gigantes (or the bus terminus if you like) start heading up hill to El Mirador Archipenque for your first photo stop, (if you are doing the reverse walk this is one of the places you can stop for a refreshment). Continue up the edge of the road for a hundred metres or so and you will see the start of the PR TF 65 on the left just before the roundabout.

Take this path keeping to the paved route, climbing up through the banana plantations, until it becomes a footpath and continue climbing. The first assent you come to on the left is about 2km short of the turn off for Tamaimo; this takes you up to the high point (Nifa- 800m) and the ridge on your left, the next turn off on the left about 0.5km further on is a beauty.

This assent takes you up; passing a way marked path on the left, half way between the saddle and the top, which connects to a system of paths, one of which takes you to the hole in the top of the cliff overlooking Los Gigantes and another hugs the other side of the mountain joining up with the path network further on.

The main path carries up and over the high ground (Guama- 875m) and descends, passing the Cruz de Los Mistoneros (The Tamaimo Cross), picking up the PR TF 65 at the turn off for Tamaimo.

If you remained on the PR TF 65 as we intended you will pass a goat farm which I use as a way marker (gone too far, not far to go) and the path up to the Cross is not much further on the left (on the right you will find the path to Tamaimo).

Continue the climb and the next major turn off is the climb up to Risco Blanco o Chimayachi which we will visit later. Stay with the PR TF 65 for the last 1.5km into Santiago del Teide.

I have walked this path so many times (in reverse admittedly) for all sorts of reasons; you may wish to return to Los Gigantes due to poor weather, low cloud base or early return from another hike, and you have a long wait for the next bus, so it is worth knowing that this path will take you to Tamaimo where there is an additional bus route, or that you can continue down to the coast.

You will also have to know about this route if you want to try some of the high ground paths that I will take you on in the days to come; those are not to be missed by the serious hiker and knowledge of the PR TF 65 saves me repeating ground already covered. 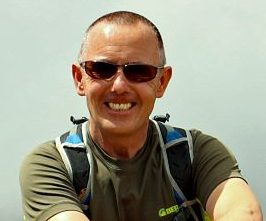 Born in Malta and have been travelling all my life by land, sea, and air. Served in the RAF until retirement and now indulge in many hobbies.
I am married to my confidant, travelling companion and life long friend and have been for 36 years.
The secret to my success? Share everything! 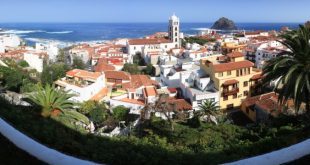