A Winter Wonderland in Tenerife

If you’re looking for a different kind of winter wonderland this year then Tenerife has a huge amount to offer. Whilst snowfalls and sleigh bells might be traditional winter fare, they also mean dark days, damp, slippery roads and unforgiving temperatures, which can all bring a rather unfestive feel to the Christmas period.

The Tenerife alternative is one of numerous hours of warming sunshine each day, temperatures of 20 degrees plus, plenty of alternative festive treats and miles of breathtaking coastlines. If you’re in need of an escape from the relentless grey skies and chilly mornings of northern Europe then Tenerife’s winter wonderland is the perfect choice.

Neil Armstrong once described Tenerife’s wild volcanic lands as “the closest thing to the lunar landscape I’ve ever seen,” and the island has been the setting for numerous sci-fi and futuristic films that have required a dramatic landscape (Star Wars etc). This makes it an exciting place to explore, from the stunning Teide National Park to the famous Garachico lava pools and the pyramids at Güímar.

The best way to explore the island is to hire a car, grab a map and get out and see what Armstrong was talking about. Most resorts have car hire outlets, or you can pick up a vehicle when you arrive at the airport, and the island’s network of roads is well laid out and relatively easy to navigate.

The resorts of Tenerife take on a very different character during the winter months, when the focus is much less on doing shots and dancing on tables, and more on tasty local cuisine and wiling away the hours with a book and a Soberano brandy. Well known beaches such as Playa de las Américas and Los Cristianos tend to be pleasantly empty and calm, although the sea is still warm enough for swimming and you might even get some tanning time depending on when you go. 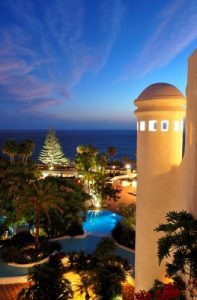 Tenerife also has plenty of sightseeing spots that are accessible all year round thanks to the lovely balmy temperatures.

For an unusual, once in a lifetime, experience head to the Loro Parque, where you can see more than 340 species of parrot, as well as a wide range of other exotic animals (no reindeers…), check out the saltwater pools of Lago Martiánez or play a couple of peaceful rounds on one of the island’s many golf courses.

If you want to engage your brain then take a trip to see some of Tenerife’s cultural spots – the Spanish, Canarian and Flemish collections at the Museo de Bellas Artes, the local handicrafts on sale at the Casa del Turista or the pretty 17th century church Iglesia de Nuestra Señora de la Peña de Francia.

Tenerife is an island of many resources and for those who want just a taste of a traditional winter landscape during a trip here, the Teide ski resort provides it. Yes that’s right – a ski resort in Tenerife. It might sound implausible but Tenerife is home to Spain’s highest mountain, a now extinct volcano, which has more than 20kms of slopes on offer, with four ski lifts and a large gondola. It doesn’t bear an enormous resemblance to other more traditional ski resorts in destinations like the Alps or Whistler but it’s the perfect stop off for a bit of winter sports fun.

Whatever you’re looking for from your Tenerife winter wonderland you’ll find an enormous range of choice on this year round holiday island. From warm seas and volcanic landscapes to fine dining, golf or skiing, there are seasonal treats here to suit all sorts of holidaymakers.

Amy Sawyer is a freelance travel writer from Alamo car hire who have a range of vehicles for hire on Tenerife. 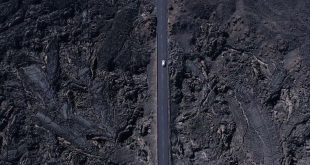 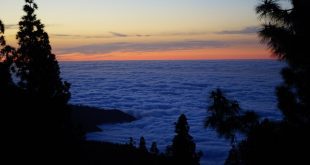